8 Best Summer Constellations To See While Camping Along The River

One of the amazing things you will experience while camping along the river is the light show in the sky. Getting away from the city and suburbs, and the light pollution they bring, the night sky explodes with the fireworks of the stars.

April/May – Comes out after Midnight

June/July – Horizontal  Milky Way. This is when it will cross the entire sky

August/September – Vertical Milky Way. This is when it comes out early (9pm) and lasts all night.

The Milky Way is the galaxy that includes our Solar System, with the name describing the galaxy’s appearance from Earth: a hazy band of light seen in the night sky formed from stars that cannot be individually distinguished by the naked eye

Since the North Star does not appear to move, we often use it as a reference point when we are describing where to find other constellations.

Most people know the big dipper and have found it in the night sky. It’s the 3rd largest constellation and easy to find. What most people don’t know is if you follow the line made by the 2 stars that make up the end of the ladle of the Big Dipper it will lead you to the North Star (Polaris) which is the last star in the Little Dipper’s handle. Not the brightest star in the sky (Arcturus in the northern hemisphere summer sky), as is commonly believed.
Like most of the constellations, Ursa Major (Big Bear) is named from Greek mythology. According to this mythology 1 of Zeus’s lovers (and he had many) was turned into a bear by Hera, Zeus’s wife.

While the “Big Dipper” is easy to see, the Big Bear (Ursa Major) takes some imagination to see (like many of the constellations). One of the things that might throw you off is that both Ursa Major and Ursa Minor (Little Bear) have long tails. Bears don’t have long tails !?! Well, the reason for the long tails of these two bears is that they were stretched out when Zeus threw them into the heavens by their tails.

Lyra contains Vega, the 2nd brightest star we can see in the summer sky here in the Northern Hemisphere.

Just next to Cassiopeia is the Greek hero Perseus. Who married Cassiopeia’s daughter, Andromeda, after slaying Medusa and using her head to ward off another suitor.

This is 1 of the easier constellations to find. It’s the easily distinguished “W” made up of 8 stars on the opposite of the bigger dipper side of the North Star. The Greeks said this “W” is Cassiopeia’s crown.
Cassiopeia was a narcissistic-vain queen in Greek Mythology. She was cursed to circle the celestial sphere for eternity by Poseiden (Greek God of the sea and Zeus’s brother) for bragging that she was more beautiful than Poseiden’s nymph wife.

Found opposite of the Little Dipper of Cassiopeia you can find Pegasus by looking for the “Great Square of Pegasus” that makes up his body.
Pegasus the great winged horse of Greek mythology is well known. What is not well known is his origin. Pegasus sprang from Medusa’s neck after Persus cut off her head.

This is believed to be the oldest known constellations, some 5,000 years old.
Before the Greeks, the Polynesian’s said that the barbed tail of the scorpion was the demigod Maui’s magical fish hook.
The Greeks named this constellation “Scorpius” (scorpion) after the scorpion who defended the goddess Artemis from Orion.
You can find Scorpius by looking for the bright red star, Antares, which is where the scorpion’s tail meets his body, just above the southern horizon.

If you want more help finding these and other constellations you can download an astronomy app which, believe it or not, will work on our 2 day wilderness trips as long as you download it and charge your phone before you go.

Want to wish upon a shooting star? Check out when you can see a Meteor Shower and come on a 2-Day rafting trip during 1 of these meteor showers, watch the night sky away from any lights as the sounds of the river serenade you and make a wish!!!

Happy star gazing, and remember if you really want to see the wonders of the night sky you have to get away from the lights of the city, like you do on one our 2-day rafting trips 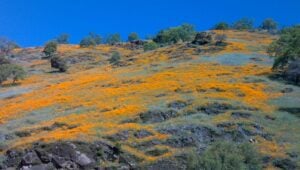 What do the classes mean?

Find out what the difference is between the various different classes of rapids and choose the one right for you! 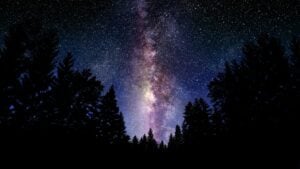 Camping and Other Accommodations

CampingandOther Accommodations Camp along the tranquil banks of the American River or enjoy the comforts of home in one of the many local Airbnb’s. *All 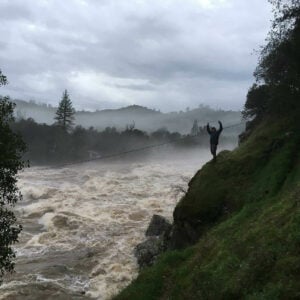 Will there be enough water to Raft!?

Weather Report Will there be Enought Water? “Will there be enough water for our rafting trip?” This is a question we often get. The short